The winner of million hearts, pop singer Sonu Thukral is himself a fan of talented Hina Khan! The pop singer and performer, who have won millions of hearts by his voice and persona Sonu Thakural is all set to come across with his latest musical version “Bhasoodi”. And the cherry on the cake for his new music video will be Television star, Hina Khan. Sonu himself is the fan of Hina. Known for his hit Punjabi and Haryanvi tracks the sensational singer revealed how he started admiring Hina Khan, by witnessing her work in Television Industry.

Right from the reality show ‘Khatron Ke Khiladi’, Actress Hina Khan, was recently seen in ‘Bigg Boss’ season 11. Therefore, after watching her performance in Bigg Boss, Sonu himself decided to work with Hina and approached her for his upcoming album titled “Bhasoodi”. As they recently shot for the music album at Patiala located in Punjab.

As per the details revealed by Sonu, the upcoming music venture is an entertaining song. Shot in Patiala (Punjab), it’s going to be Hina Khan’s first music album. Sung by Sonu, Music, and Lyrics given by Preet Hundal, rap given by Pradhan, video Director of this song is Robby Singh, Producers are Arshdeep Singh and Swapan Monga. Hina Khan has started her new journey in music videos and this is the very first video song of her. This song will be released in March 2018. Well, he seemed entirely confident and positive for his work experience with Hina Khan.

Apart from this, his solo Punjabi singles ‘Kya Baat Hai’ will also be releasing this year, which is written by Deep Jhandu. And very soon Sonu Thaural & team are launching our first Bollywood Hindi song featuring by Great Akshay Kumar. 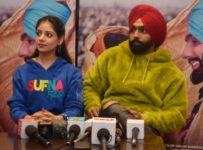 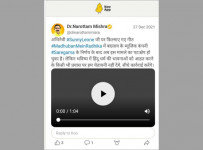