Finally, the meeting of ‘International Punjab Forums’ on Sikh Reforms held today in Delhi. Tha main motive behind the meeting was to make some major changes in Sikh weddings and other religious ceremonies. The press conference took place in Nation’s Capital at the Hotel Le Meridien, CP.

For the vital discussion with media, several prominent people were present, which includes Dr. Raju Chadha, (Wave Cinema Chairman), Manjit Singh GK (President Gurudwara Management Committee), Prabhu Chawla (Editor, The New India Express) along with other personalities belongs to Sikh Community. Everyone came together to discuss Sikh Reforms and to control the expenditure on Sikh marriages.

Well, last year to make major changes in Sikh Weddings and other religious ceremonies, one of the top, around five Sikh priests passed a historic resolution, which has a wide impact for the Sikh Community in India and around the World. The resolution passed on December 12, 2016, aims to bring back simplicity into the ceremonies and reduce financial burdens on families.

Therefore, this meeting took place to take some important decisions regarding Sikh Reforms were announced for the Sikh Community, along with serious discussions on their marriage rituals. Well, for the same Wave Group Chairman, Dr. Raju Chadha Said, “The members of the community should use modern communication methods for the distribution of wedding cards. A lot of time and money is spent by families in distributing the cards door to door to their relatives and friends. This can be simplified if the cards are sent by courier or e-mail or whatsapp messenger. This will save a lot of time, money and energy of many people.”

On the other hand, Manjit Singh GK, President Gurudwara Management Committee Said, “The poor and the middle classes who spend money they don’t have. As the girl’s side bears the burden, the high expenditure on weddings fuels female foeticide and infanticide, poverty, malnutrition, illiteracy and even suicides. In other words, one wedding can set a man back by a decade as he struggles to repay the loan he has taken for his daughter’s wedding.” 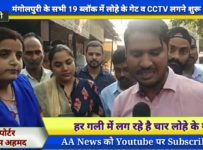